Promotions, new products and sales. Directly to your inbox.

Not all of Napoleon’s troops could make it through to the Guard, lifting themselves from the obscurity of the Line regiments, but the soldiers of Bonaparte’s Light infantry regiments  believed that they at least were a cut above the rest. In theory, they were both trained heavily in conventional ‘heavy’ infantry drill, but also in the intricacies of skirmishing, moving forward in pairs in extended order, making use of cover, and firing at specific targets in an attempt to rattle the enemy line. 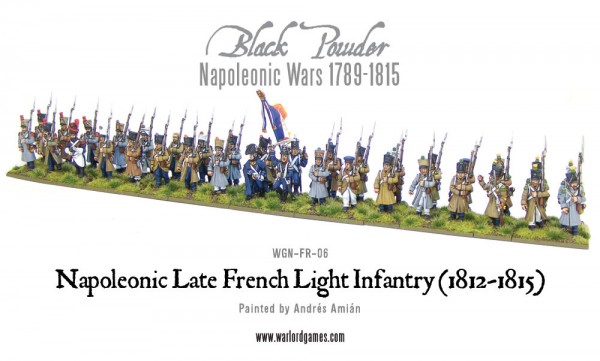 They wore similar uniforms to their comrades in the line, but generally wore distinctive blue trousers. Many Colonels spent serious cash on adding plumes and other ornaments to the men’s uniforms, so a regiment in parade order would look very splendid indeed.

In practice, most Light infantry regiments were used to batter their way through the enemy in line or column, the standard form of French attack, and they performed well. It was ultimately a French Light regiment that successfully stormed La Haye Sainte at Waterloo.