In The Labyrinths of Lunacy, a unique 80-card scenario for Arkham Horror: The Card Game, three separate groups of investigators are kidnapped by a mysterious mastermind and forced to take part in his cruel experiments. 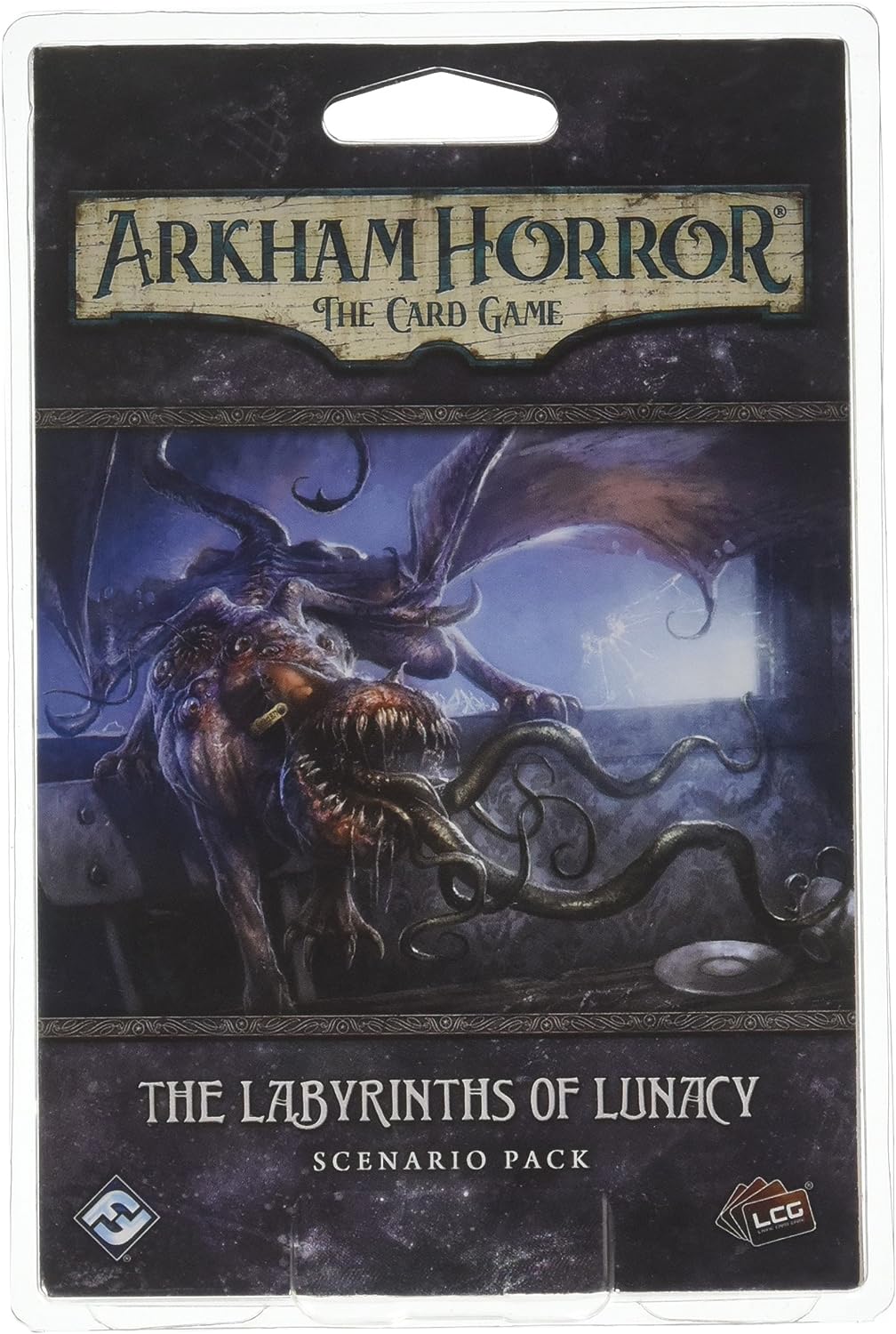 Each group faces scenario can be played with a single group of 1-4 investigators as a standalone scenario or as a mini campaign of three scenarios. 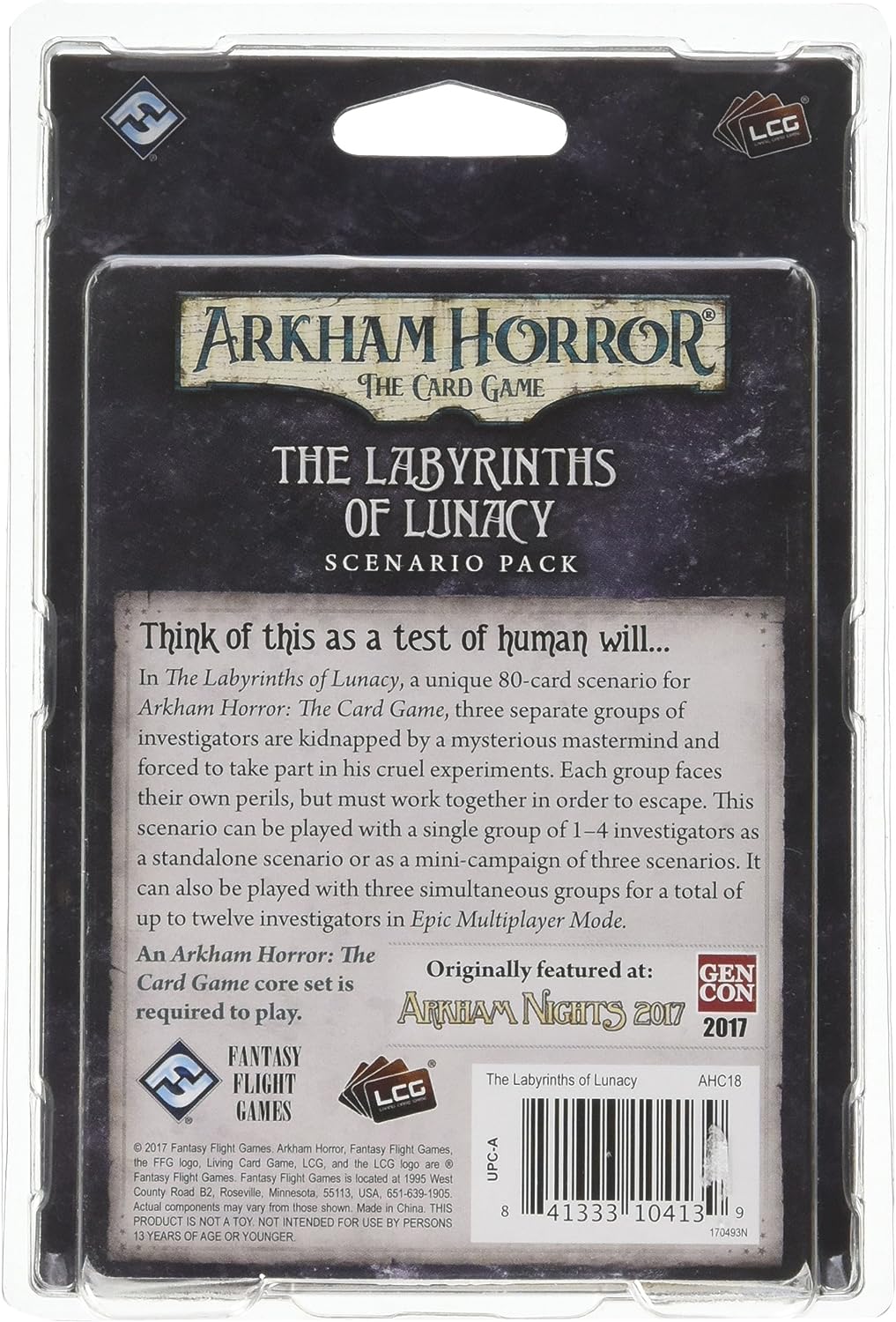